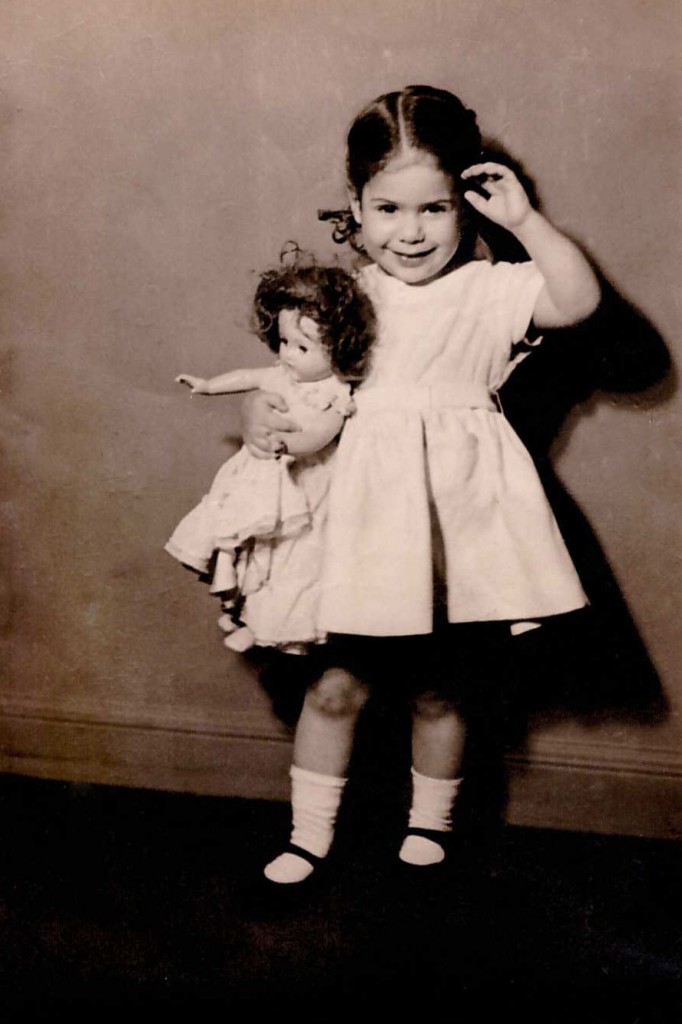 Me when I was four

I was born in Egypt to parents who were in the diplomatic corps. When I was five my family returned to the states where my mother opened a restaurant and my father became a university professor. After I graduated from college, I ran a catering service and wrote a number of travel related article for a variety of magazines. Then I got married, had twin boys, acquired a golden retriever puppy, a two hundred gallon fish tank, three ferrets, and started another catering service that specialized in deserts. I’m now living in Hastings-on-the-Hudson, still baking and trying to maintain order in my ever expanding household.

That’s the official blurb on the back flap of my dust jacket and it’s partially true, at least the part about owning a catering business and having a small zoo is, but the truth is that Isis Crawford is my pen name. Before I became Isis Crawford (named incidentally for my cat) I was Barbara Block and still am. Like Isis, I ran a catering business, which also specialized in desserts. Unlike Isis, I co-owned a pizza shop as well. I have sons too – only I have three of them and instead of living in Hastings-On-Hudson I live in Upstate New York having relocated from New York City. 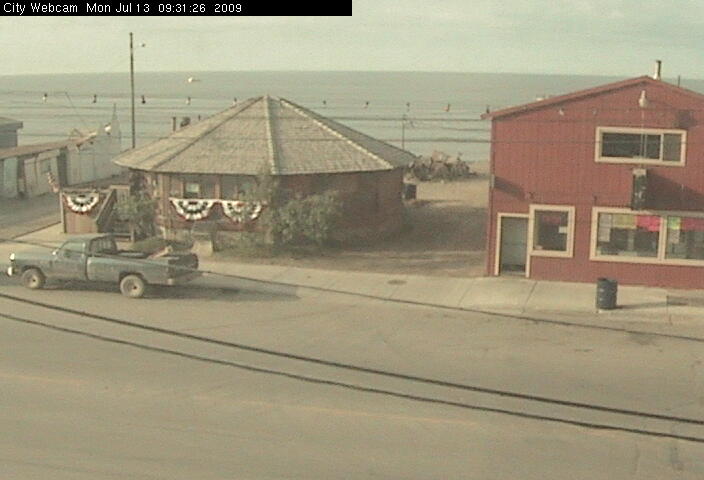 Front Street in Nome Alaska. I’ve gone there for a couple of weeks for the past seven summers to visit a friend of mine who dredges in the Bering Sea for gold. Hope to write about the place some day. 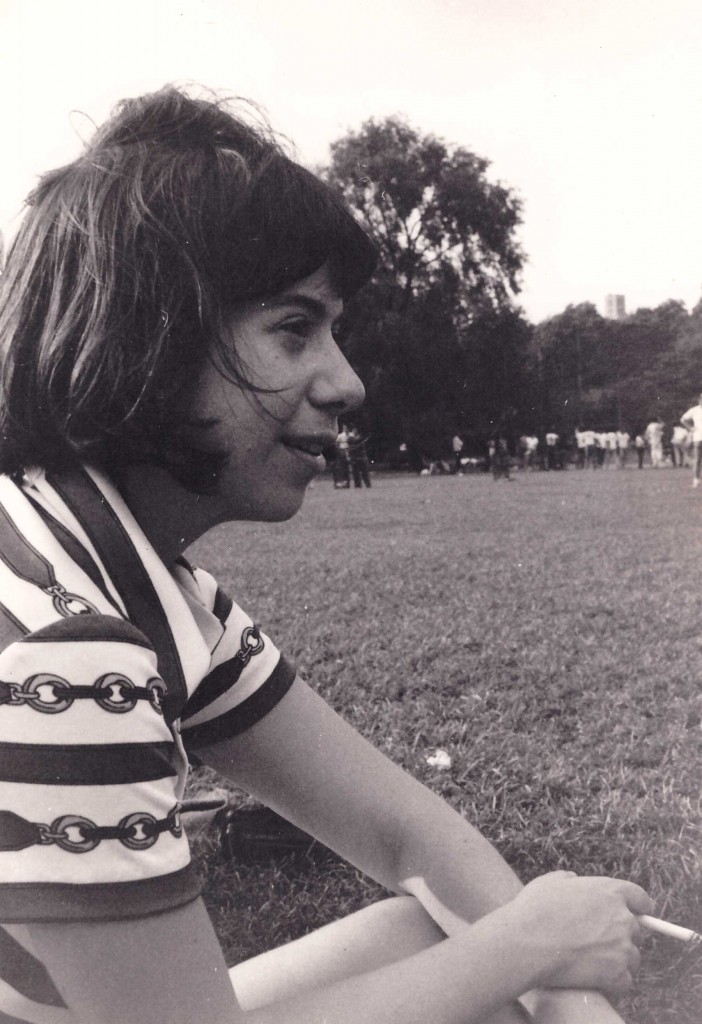 This is me sitting in Central Park back in the day when smoking was actually the thing to do. Boy what a long time ago that was. It seems like a different world.

Pre Isis Crawford I wrote a series of books under my own name featuring a pet shop owner called Robin Light. As opposed to Bernie and Libby, Robin has no interest in food and to a great many people’s distress survives on doughnuts, gas station coffee, and McDonalds – unlike the sisters who would be appalled by her diet. I side with Bernie and Libby on this matter. 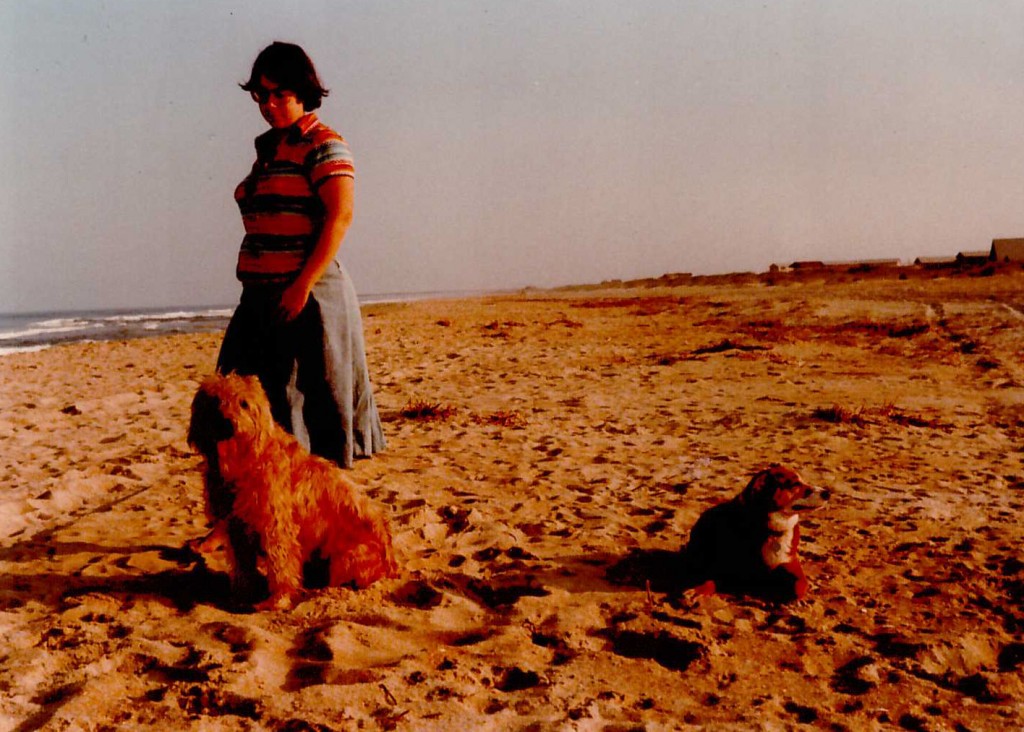 This was taken back in the day when my family used to vacation down in Hatteras, North Carolina.

I grew up watching my grandmother cook and was in awe of the way she could pull strudel dough so fine that you could actually read the newspaper through it. After college Julia Child became my hero. My best friend and I cooked most of Julia’s recipes from Mastering the Art of French Cooking to the delight of our friends. In short, I have always loved food. I love reading about it, shopping for it, cooking it, and eating it. 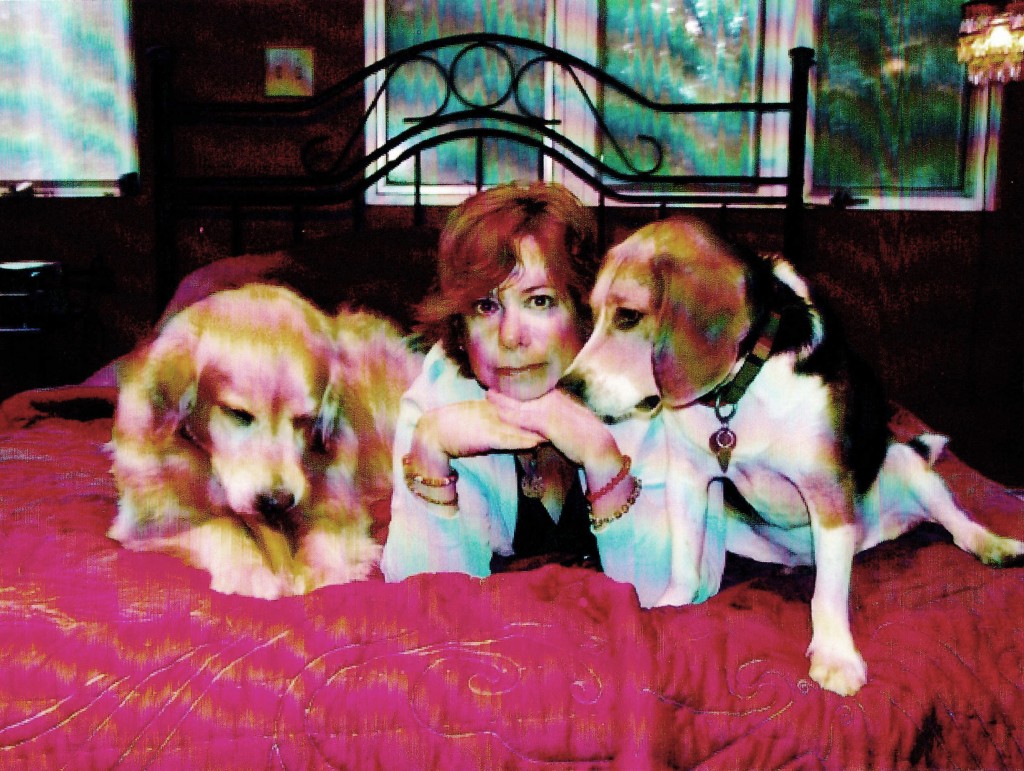 I have also always loved writing. Of course a lot people in my family have thought that I took my dedication to my craft a little too far. An example. When I was fourteen I honed my dialogue skills by secreting myself under my dining room table and copying down everything my mother and her friends were talking about. To say that my mother was not pleased would be an understatement. 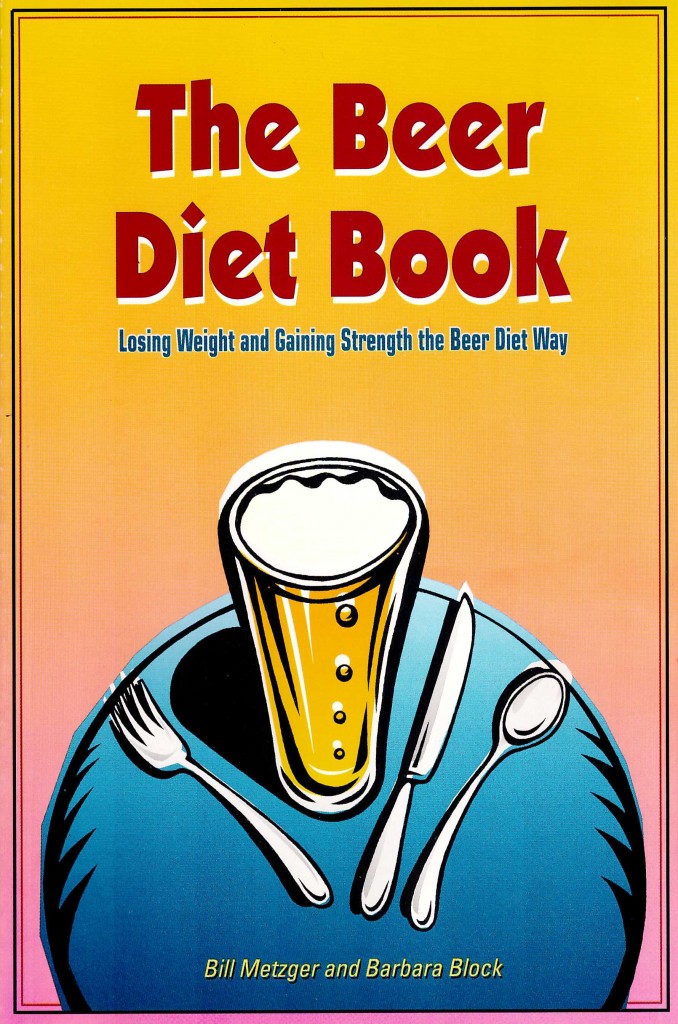 Here’s the cover of my only venture in self-publishing. It actually sold pretty well. 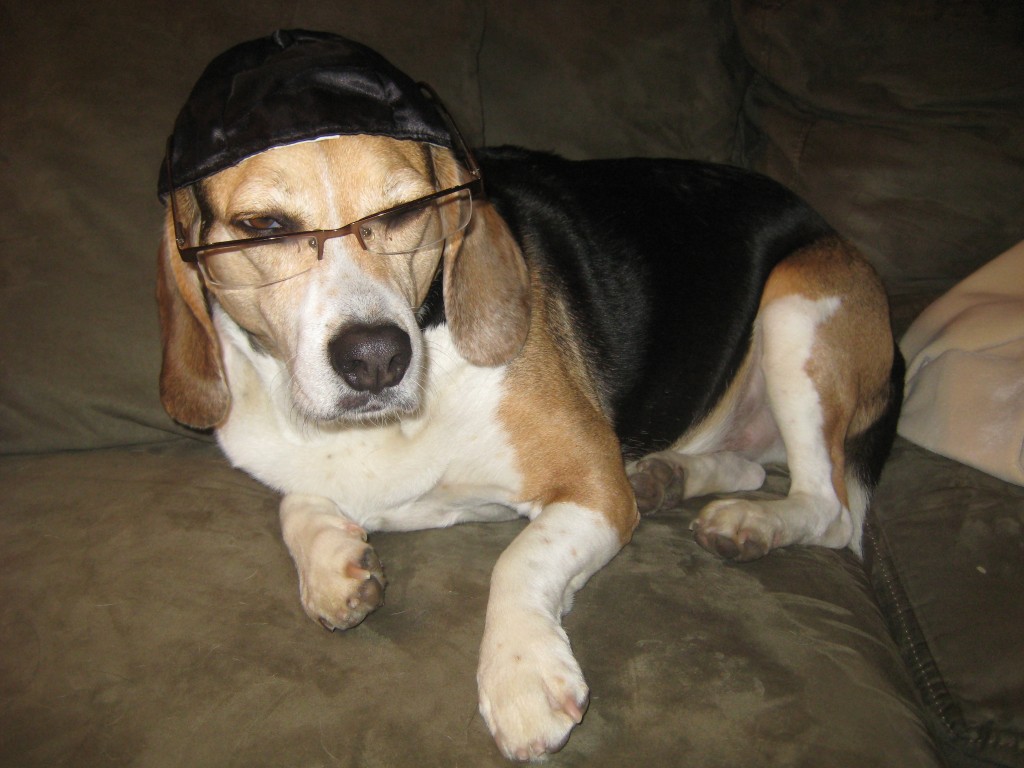 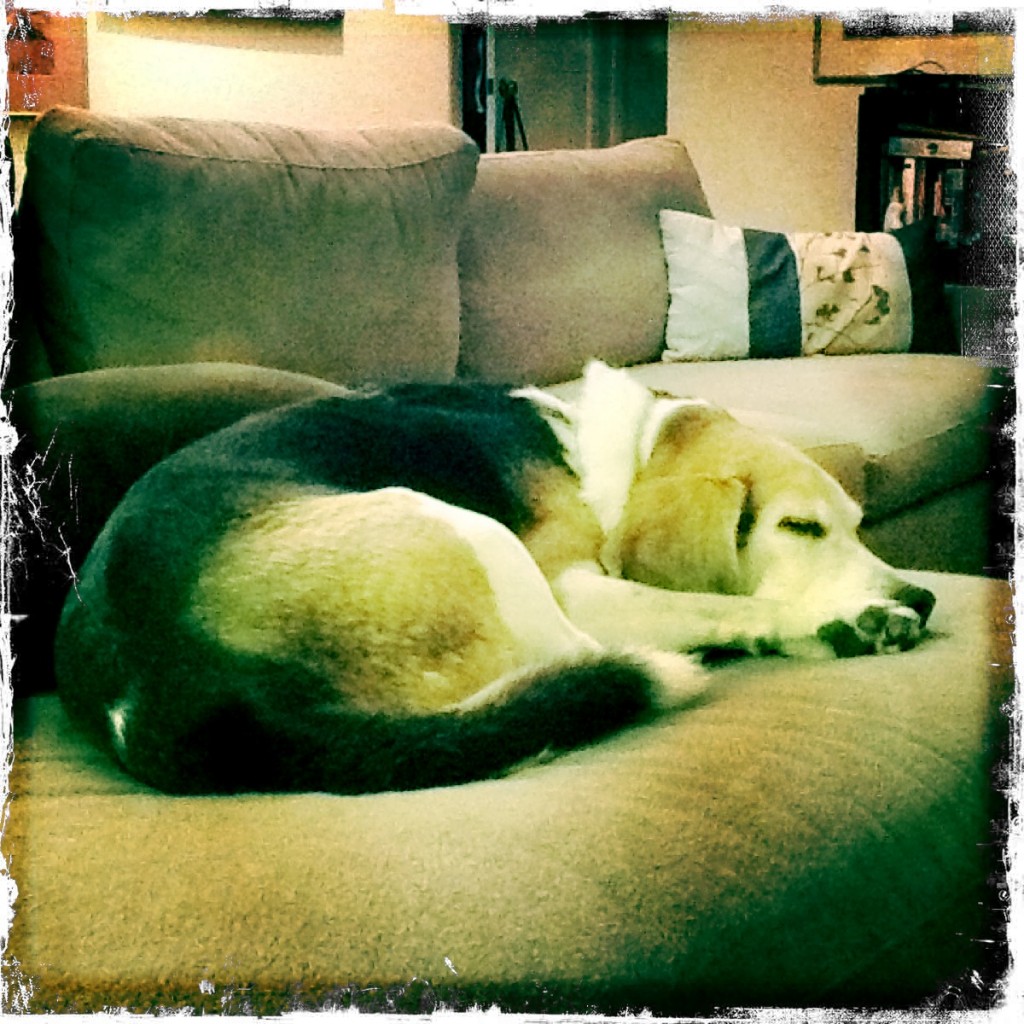 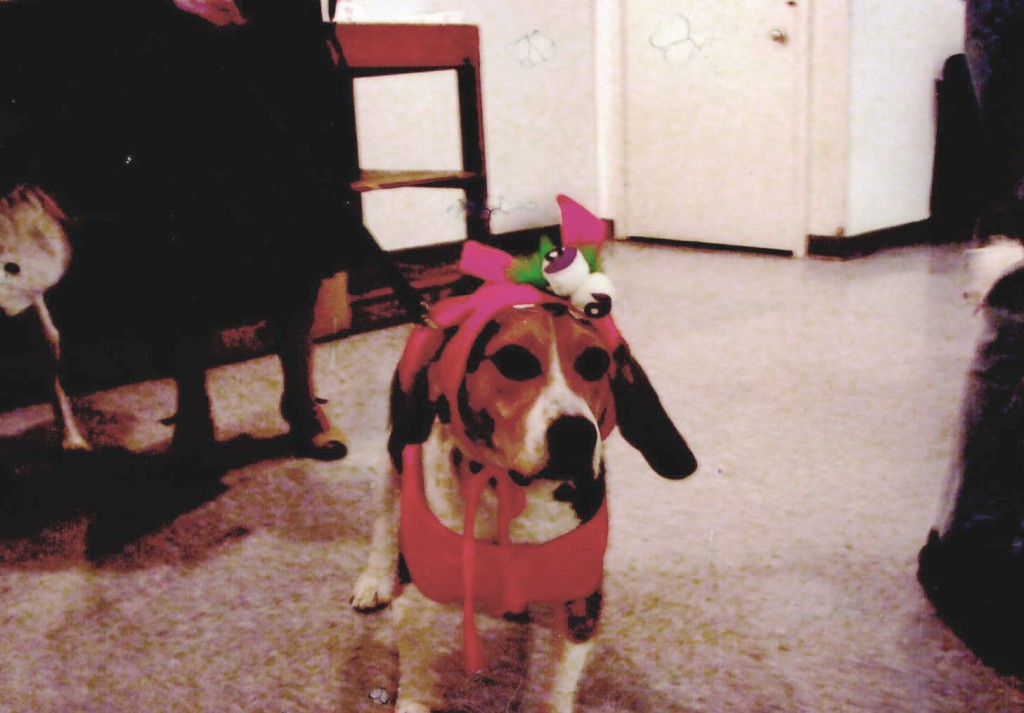 The beagle in his Halloween costume. He doesn’t look happy, but of course if I were wearing that I wouldn’t either

What I adore about the Bernie and Libby series is that it has allowed me to combine my love of food, writing, and mysteries. As immersed as the sisters get in their cases, they never lose sight of the pleasure that a perfect cup of coffee or a muffin made with the best possible ingredients brings.

I hope you enjoy reading the series as much as I have enjoyed writing it.