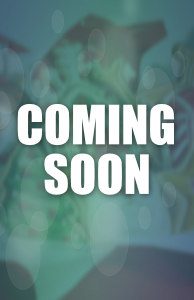 When Libby and Bernie Simmons agree to cater a wedding for Natasha and Boris, Susie Katz ‘s two Russian blue cats, the sisters think, it’s weird, but they’ve done weird before. It’s to be a small wedding, six guests only, but a deluxe one. As the date nears, Bernie and Libby begin to understand why Susie Katz is not well- loved in town. A self-made multi-millionaire, she thinks that her money entitles her to do whatever she wants to whomever she wants.

The day of the wedding dawns and, despite Bernie and Libby’s trepidations, things seem to be going well, or at least as well as can be expected, for a wedding involving a twelve-cat wedding party, not counting the bride and groom. Then someone plays a nasty practical joke as the reception is about to begin and it all goes to hell.

The next thing Bernie and Libby know they’re discovering Susie’s body in the study of her recently renovated mansion. Now, they must solve her murder and solve it quickly before they’re arrested for interfering with a police investigation. But which of the guests is responsible? It has to be one of them, since Susie only invited her ‘best enemies to the party.